At the Aviary, the willfully atypical cocktail lounge he founded in Chicago in 2011, the name of each drink is preceded by a bird silhouette like the ones on the endpapers of Roger Tory Peterson’s field guides.

The nearer the silhouette is to the name, the more the cocktail will resemble something Nick and Nora Charles would have recognized. The farther away the bird, the weirder the drink.

Is a cocktail improved when its bird is all the way out? The question pecked at me each time the elevator let me out on the 35th floor of the Mandarin Oriental New York, site of the Aviary NYC and its quieter, shadow-filled sibling, the Office NYC.

It also is originally from Chicago, where Mr. Achatz and his partner, Nick Kokonas, have built one superb, genre-bending establishment after another. 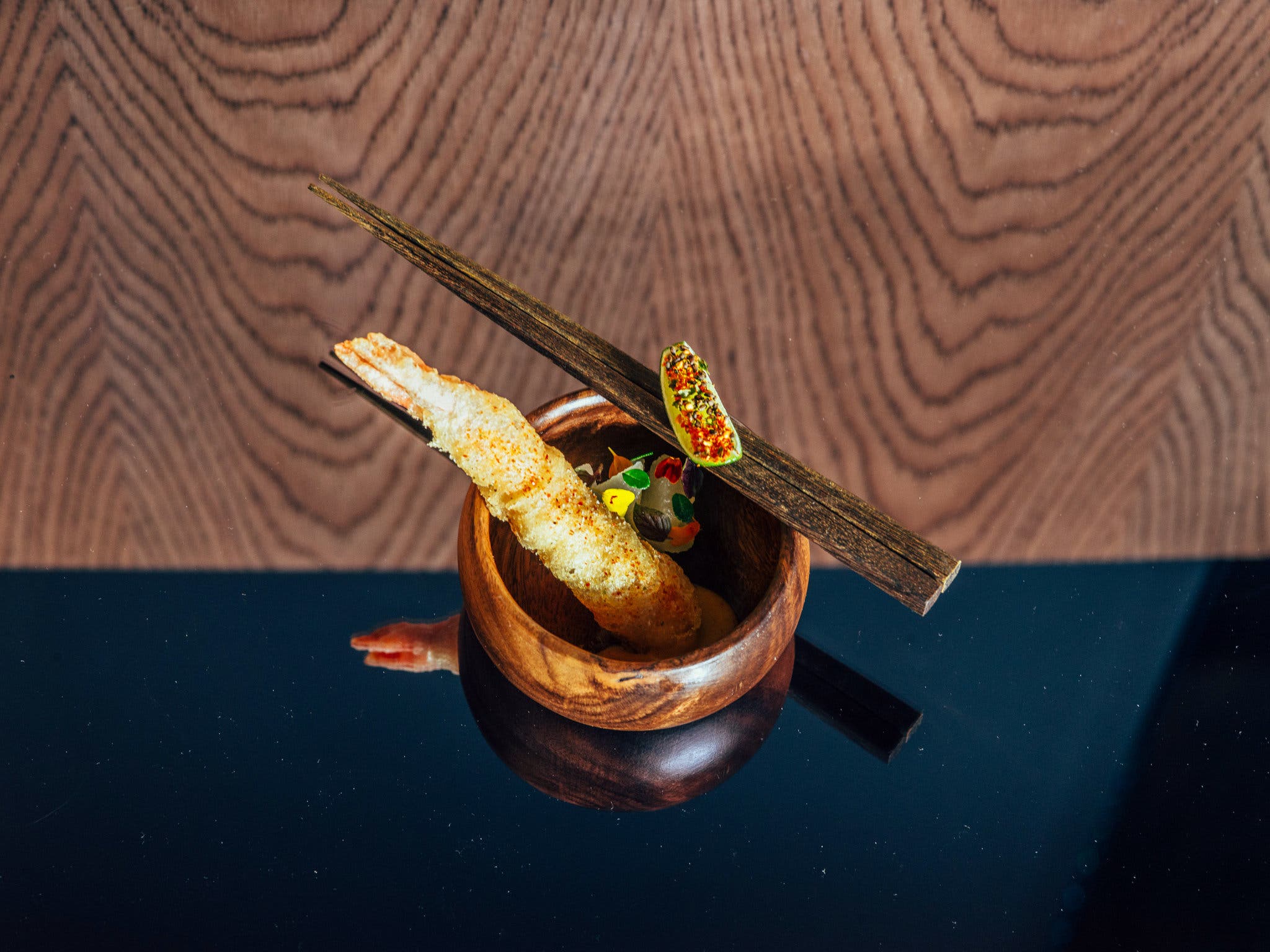 Like many Aviary drinks, the one called Science A.F. (ostensibly a reference to the microbiologist Alexander Fleming) is made at the table. A small blue flame compels Scotch and other ingredients in the lower chamber of a vacuum coffee maker to ascend to an upper chamber filled with fruit tea, as dry-ice fog carpets the table.

This took about five minutes and produced something that tasted like the fruit punch that might be served at a convention for designated drivers.

It does not quite give you your bird’s worth, I think. On the other hand, I admired the balance and complexity of the Wake and Bake, a mutant rye manhattan made with coffee- and orange-flavored vermouth.

What I can’t imagine ever loving is being asked by a server to stick my head inside the inflated plastic bag in which it is served, to see that it really did smell like an everything bagel. It did, but it was one of several moments when I felt like a parent helping the Aviary staff to complete a project for the science fair.

While the drinks gave us a bumpy ride, all was smooth once we embarked on the three-course, $45 lunch, starting with a roasted squash soup and a salad. Both had pieces of fruit and vegetable that had somehow been talked into tasting like more than they were.

Finally there was a sandwich of fried, buttermilk- and yuzu-brined chicken thigh with pickles and shredded iceberg lettuce on a bun with more sesame seeds to the square inch than I’ve ever seen. The dressing was a toasted sesame sauce, and, like everything else about the sandwich, it was excellent.

Apart from a fried pork rind the size of a dish towel, the items on the evening menu are generally wispy: a single, wonderful tempura shrimp with slices of yuzu-scented pear; an octopus croquette under streamers of bonito.

There is one of Mr. Achatz’s earliest inventions, the raviolo filled to the bursting point with black-truffle broth. It is still a marvel. There was only one dish I did not like, but boy, did I not like it: cold pork belly in a bland goo of banana curry, sandwiched between flat discs of iceberg lettuce.